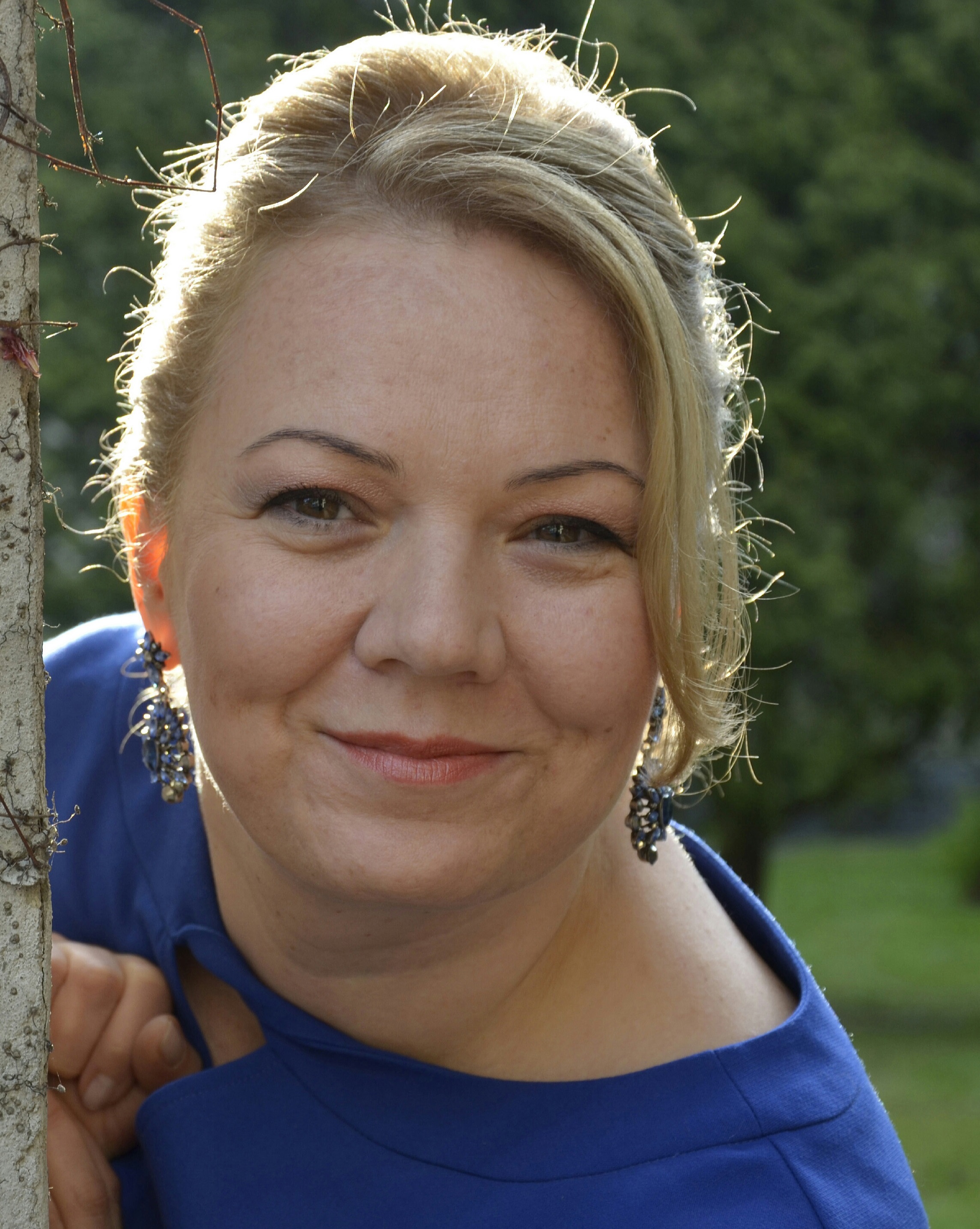 She also finished multiple courses and music workshops in Poland, Germany, Austria, and Greece. She worked with Hellmut Rilling, Klesie Kelly, Teresa Żylis-Gara, Nelly Miricioiu, among others. Her musical career began already during her university years, singing with the chamber orchestra „Europäische Sinfonietta” in Germany, or with Ewa Jaślar when she was a harpist at the Prague Opera. She won third place at the XVI International Competition Pietro Argento in Italy. Her performances were recorded for the Polish Radio and TVP. She performs as a soloist or chamber singer both at home and abroad, traveling to Germany, Holand, Austria, the Czech Republic, France, Russia, Italy etc. , cooperating with various local and foreign artists.

She received many awards for her artistic achievements, including the „Honorary Diploma of Merit Recognition from the City of Ustroń”; the title „Uncommon Citizen of Pabianice 2002” among the „Creators of Culture”; the title „Success of the Year” from „Nowe Życie Pabianic” awarded to exceptional individuals or institutions in 2013; the Marshal of  the Łódź Voivodeship’s Award for artistic achievements,  popularization and protection of culture and exceptional cultural work; and the honorary badge „Merited for Polish Culture” from the Minister of Culture.

The initiator and administrator of musical events such as the International Festival „Music of the World in Pabianice”. A jury member at various vocal and recitation contests. An expert on voice emission at the Center of Teacher Improvement and Methodology Counselling for the County of Pabianice. A former teacher at the National Musical School 1st and 2nd degree in Piotrków Trybunalski. Founder and leader of the Incanto choir in Pabianice. Journalist. Author of many scientific and popular scientific publications. Cultural animator and popularizer of music.